Albany Community Foundation is proud to work within Albany on many projects. Below is a sampling of the accomplishments throughout the city. Your donations make these and more possible throughout Albany. 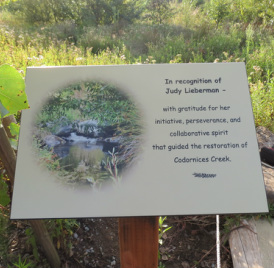 The installed plaque commemorating the service of Judy Lieberman at the Codornices Creek restoration site.

The Albany Community Foundation reacting to the desire expressed by community members to have an information kiosk worked with award winning local architect David Arkin to create this unique structure. In addition to donating his design skills, David worked with other community members including members of the Lions Club to actually build the kiosk in 2004. Named after Dario Meniketti, a long time Albany resident and champion of civic engagement, the kiosk holds information about civic meetings and other public events as well as offering a space for nonprofit organizations to share their activities. The Kiosk is located on the northwest corner of Solano and Curtis Streets.

Read more about the November, 2013 installation of the new window donated by The Wooden Window on Albany Patch. 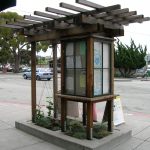 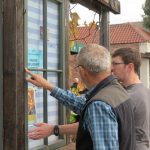 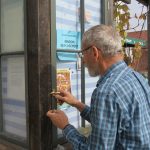 Spring on the Key Route Blvd median means vivid blossoms on trees planted by the ACF for beautification as well as environmental advantages. Planted in September 2008 between Brighton and the El Cerrito border, these trees are near the northern boundary of Albany and part of the overall ACF plan for Key Route. This project was done in collaboration with the City of Albany and with the help of many neighborhood volunteers. The welcome sign was also donated by ACF. The Albany Community Foundation is grateful to City Arborist, Tony Wolcott, for adding his expertise to this project. 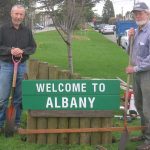 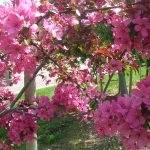 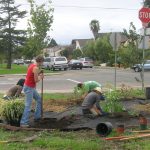 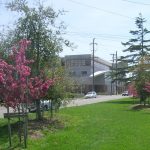 When the City was redoing the Community Center lobby, ACF was asked about funding and planting some pots there and in the main hall. The outside work was done with the City on a Commit to Serve day. On September 11, 2011, the Albany Community Foundation joined forces with City Arborist, Tony Wolcott to weed, remove inappropriate plants, and plant native species at the Albany Community Center. We removed some of the hedges and planted natives and edibles around the building. Thank you to all who participated, especially the Leos Club from AHS. 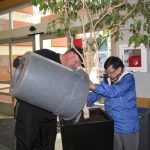 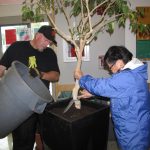 Situated along the Ohlone Greenway and the Marin Ave bike route, the Albany Library and Community Center is a perfect location for bikers to travel for many community events and activities. Securely lock up your bike while you check out a book, admire the art, or take in a movie at the annual Albany Film Festival, and it will be waiting for you for the trip home.

Family and friends of Judy Lieberman gathered at Codornices Creek on the afternoon of September 30, 2013 to remember her and honor the tireless effort she put into the creek restoration. Many of the guests spoke of her enthusiasm for this and many other projects, as well as her belief that nothing was impossible if everyone worked together. Her ability to bring people (and public and private agencies) with various opinions together for one common goal was stressed by many of the speakers. 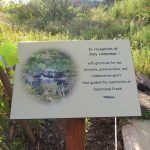 Upon request by a Jackson St. resident we joined with the City to weed and plant the area between the Castro steps and Hillside. Though the project may be larger than ACF can sustain, the city has been made more aware of the need at this location. In September 2014, ACF partnered with Albany Rotary and the City of Albany to paint the wall. 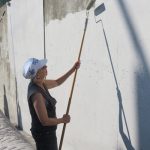 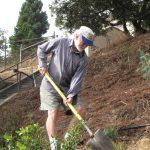 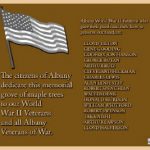 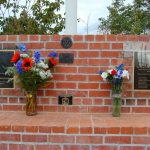 The Albany Community Foundation donated 4 dogipots to the City of Albany in Spring 2009. These dog waste stations encourage pet owners to clean up after their pets, making the parks more enjoyable for all. You can find these stations in Jewel’s Terrace Park, Memorial Park, and Ocean View Park. 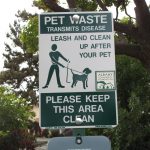 Responding to concerns of neighbors, ACF members weeded and trimmed trees in the traffic calming islands on Santa Fe Ave at Ramona Ave. 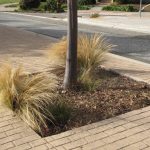 Have a project in mind? Apply for a grant.

Arts & Green Festival
ACF helped begin this popular event in 2005. We cosponsored this event with the City for many years and continue our involvement through the Artist of the Year awards and list the winners. 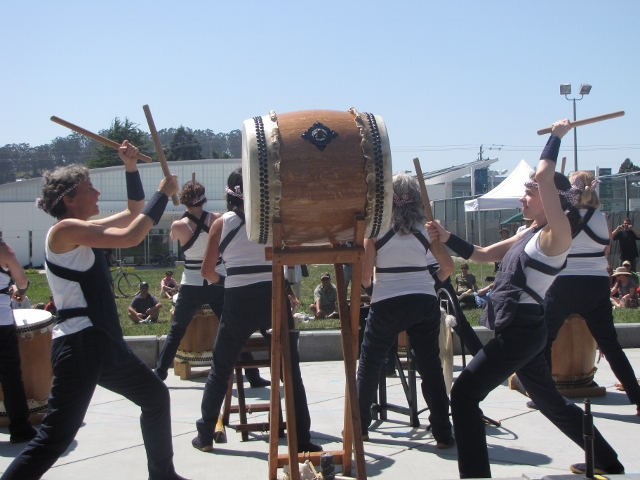 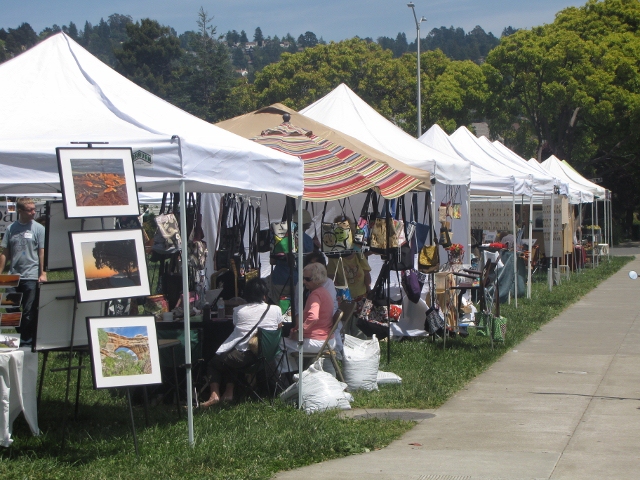 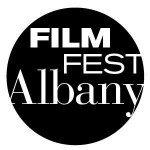 Your Albany Teen – A Resource Guide for Parents
ACF is proud to be a sponsor of the creation of this booklet, first published in 2006. 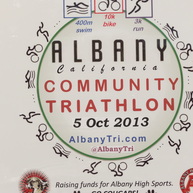 Albany Community Triathlon
ACF has provided both fiscal sponsorship and volunteers for this fun community event that raises funds for Albany High Sports. The event–a “sprint triathlon”–takes place at the new pool and wraps around the high school and Memorial Park and is open to all ages and abilities.

Mercy Brown Bag Program
Mercy Care Center’s Brown Bag Program collects and distributes donated food to 1,500 low-income seniors twice a month at 12 sites in Alameda County. The Albany Senior Center is the designated site for the City of Albany. ACF has been supporting this project for several years.

Albany Reads
ACF has been a sponsor of Albany Reads since its inaugural title. 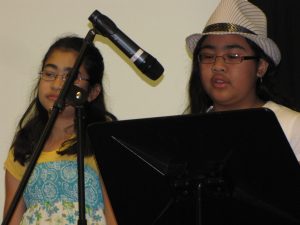